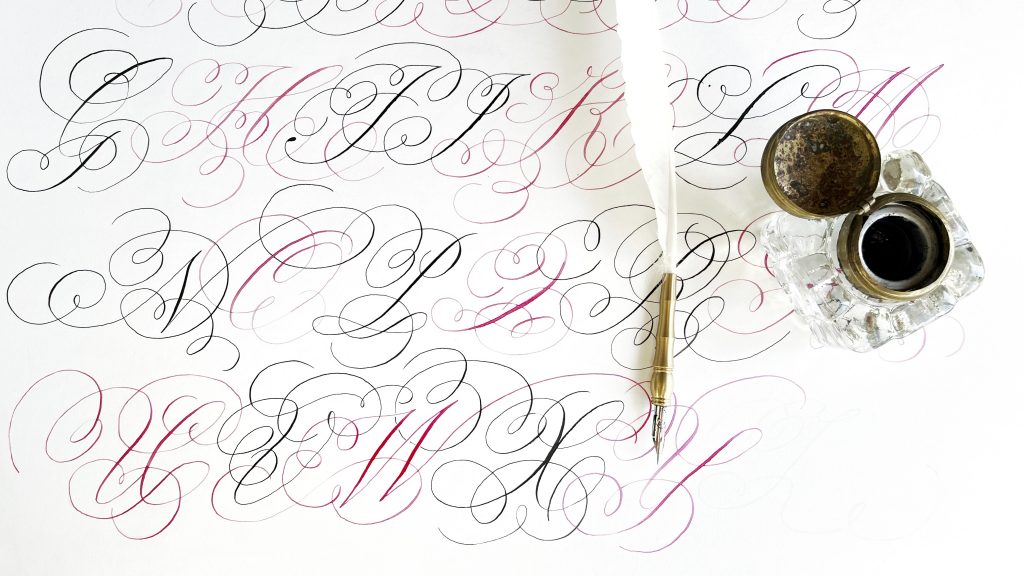 Noémie Keren welcomes you to her studio in Gensac to introduce you to calligraphy. Themes are offered during the year. You can also come for a private classe, a style of writing can be worked according to your taste.

The courses are reserved for adults and teenagers. All equipment is provided. The reservation is made directly by email to ecrire@lacalligraphe.fr

If you are too far from Gironde, Noémie Keren writes a blog about calligraphy where you can learn from the historics forms of calligraphy.